Pyramid Environmental recently performed a geophysical investigation for the National Park Service at Carlsbad Caverns National Park in Carlsbad, NM. The survey used Electrical Resistivity mapping (ER) to look for potential underground caves or caverns near an area designated for the construction of an underground utility line.

The 3D survey identified six specific locations containing possible, probable, or highly probable air filled voids. Two of these locations were at the ground surface, and the remaining voids were between 6 and 13 feet below ground surface.

The voids ranged in size from less than 5 feet in diameter to as much as 15-20 feet in length. As a result, the planning and/or construction of the new underground water line may be impacted.

This project illustrates how invaluable geophysical techniques are when used to investigate unknown subsurface conditions. For more information on Pyramid’s geophysical services, please visit us at www.pyramidgeophysics.com.

When coal is burned to produce electricity, several distinct materials are produced that are collectively known as coal ash, or “coal combustion products” (CCPs). Coal ash contains arsenic, mercury, lead, and other heavy metals, and represents the second largest industrial waste stream in the United States.

There are several disposal methods for coal ash. According to the information on the Physicians for Social Reform website, more than a third is disposed in dry landfills, usually at the plant where the coal was burned. It can also be mixed with water and disposed in to ponds behind earthen walls, also known as “wet surface impoundments”. Finally, about 38% of coal ash is recycled in agricultural and engineering applications, and 5% is dumped in abandoned mines as fill. In North Carolina, the 14 coal-fired power plants are regulated under the National Pollutant Discharge Elimination System (NPDES), which governs wastewater discharge. However, the NC Division of Energy, Mineral and Land Resources is responsible for inspecting ash pond integrity. The NC Division of Waste Management is responsible for regulating coal ash as a solid waste (www.denr.com).

On December 19, 2014, the final rule on the Disposal of Coal Combustion Residuals (CCRs) from Electric Utilities was signed by the Environmental Protection Agency, and submitted for publication in the Federal Register. The rule finalizes national regulations to provide a comprehensive set of requirements for the safe disposal of CCRs. It establishes requirements for CCR landfills and surface impoundments under Subtitle D of the Resource Conservation and Recovery Act (RCRA. The rule addresses risks from coal ash disposal, and sets out record keeping and reporting requirements, as well as the the requirement for facilities to post information to public websites. Finally, it also supports responsible recycling of coal ash by distinguishing safe, beneficial use from disposal, which is outlined on the U.S. EPA Website. 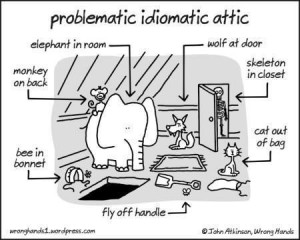 In July 2014, Pyramid welcomed Tamara Cagle to the team. Tamara earned her Bachelor’s degree in Anthropology and Archaeology at the University of of North Carolina at Greensboro. As an archaeological professional, she has traveled to Greece to study Bronze Age Greek culture and customs.

At Pyramid, Tamara focuses on streamlining Trust Fund projects, and assists in the daily operations of the company. In her spare time, Tamara works at New South Associates, a cultural resource management company, helping document and preserve Southeastern United States prehistoric and historic culture. She also enjoys alternative process photography, which focuses on the beginnings of photography by using historical methods, such as wet plate and cyanotype, to produce unique images.

Provider of lubrication, pump and tank systems and equipment, sales and service

A subsidiary of Pyramid Environmental, Pyramid Geophysical specializes in subterranean/subsurface metrics and monitoring through a variety of technologies